“What type of oil should I use?” is a question we’ve been hearing a lot lately. There are so many different types of oil to choose from, and rumors and opinions abound about which oil is best, which is toxic, or which is most nutritious. Then there’s the question of saturated fats vs. trans fats vs. polyunsaturated fats vs. essential omega fats, that unless you majored in biochemistry in college it’s easy to get confused! 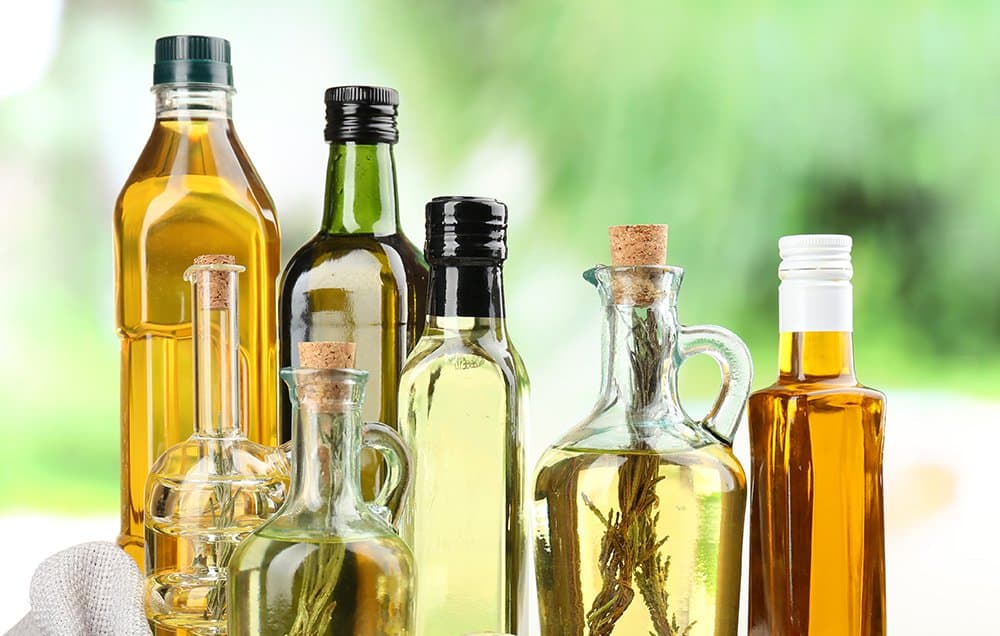 First, we wish to address some rumors that are going around about Canola Oil and Olive Oil, two oils that for a long time we have been told are excellent sources of good dietary fats but lately have been called “toxic” and “dangerous” by some sources.  What’s the truth?

This oil has been a favorite oil for a number of years now.  It’s a foundation of the famous health-promoting Mediterranean Diet; rich in health-promoting Omega-9 monounsaturated fatty acids, olive oil has been associated with improvement in cholesterol, blood pressure, diabetes, age-related dementia, blood clots, cancer, and living longer (to name a few!).

Olive oil also tastes great and can be used heated in cooking as well as cold as a substitute for butter on bread, as the base of a healthy salad dressing, or in a marinade.

So, is this wonderful, health, tasty food also dangerous?  The answer is…it can be.  But it’s not the fault of the oil; it’s when we mistreat it or use it for purposes it was never intended to fulfill that it can become more harmful than helpful.

The key to understanding this paradox is looking at the concept of “Smoke Point.”  The Smoke Point is literally the point at which oil starts to smoke.  Different oils smoke at different temperatures; olive oil is one that generally does best at Low to Medium heat.  Much hotter, and it may smoke.

Smoke when cooking is not a good thing—the oil is decomposing under the extreme heat, and the antioxidants we usually love in olive oil are replaced by free radicals and other dangerous molecules.  The smoke itself is also toxic and shouldn’t be breathed.  Finally, when there’s smoke, it means the oil is dangerously close to its “Flash Point”—the point at which it may catch on fire!

So, the general rule is to only cook with olive oil on Low to Medium heat, or use it cold.

This organic, cold-pressed coconut oil can be a very healthy addition to your diet.

You may have seen some emails about the dangers of canola oil that have been spread around the Internet.  This oil has been accused of being genetically engineered, full of trans fat, an industrial chemical used as an insecticide or fuel, a toxic weed, a biopesticide, a form of mustard gas, a trigger for diseases such as mad cow disease and lung cancer, and full of cyanide.

While we won’t give any credence to these rumors, caution for canola oil should be exercised due to its content of Linoleic Acid, an Omega-6 Polyunsaturated Fatty Acid (PUFA).  Excessive PUFA intake, especially Omega-6 fatty acids, is rampant in today’s diet due to it’s inclusion as part of artificial and processed foods.   Oils such as safflower (78%), grape seed (73%), sunflower (68%), corn (59%), cottonseed (54%), and soy (51%) have the highest degree of PUFA.

Compared to these other oils, canola is a better choice with a lower percentage of PUFA overall at 21%.  Olive oil is only 10% PUFA, while coconut oil and butter are the lowest at 2%- which is why we like olive and coconut oils best.

Caution should definitely be used in lesser quality (i.e. less expensive) forms of Canola Oil.  This is an oil to splurge on purchasing organic and expeller-pressed.  It is an oil to consider for Medium-High heat baking and sautéing.  In truth, expeller-pressed, organic canola oil is not be feared– just try to limit your intake to a few times per month because in general, “everything in moderation” is the best rule for a balanced and healthy diet.

What makes that $4.00 economy-sized bottle of oil from the warehouse club different from the $23.00 boutique bottle at the health food store?

I have a confession to make before we begin.  I hate grocery shopping.  I love to cook, and I love to eat, but I despise going to the grocery store.  And I think I’ve determined why.  When I go shopping, I want to get in and get out as efficiently as I can, with the ingredients I need and not having just spent my entire evening wandering the aisles.

But it seems every year there are more and more choices.  If you want a loaf of bread, you have to walk the length of a football field to see all the options.  Eggs–our local grocery store has 17 different brands.  Every item on my list turns into a 20-minute label-reading, price-comparison game, to find the most healthy and most affordable option.

I bring this up because the section I used to spend the most time in front of was the cooking oil section.  Take olive oil.  There are different companies, different sizes, different flavors, and all sorts of qualifications such as “cold pressed” and “extra virgin” in various combinations; it’s enough to make you crazy!

What does that all mean anyway?  How do you know what to choose?

What makes that $4.00 economy-sized bottle from the warehouse club different from the $23.00 boutique bottle at the health food store?

So, for today, let’s see if we can’t at least figure out what to make of the oil labeling so I can get home from the store before midnight tonight!  As for what to do with the 17 egg choices, I think we’ll have to save that for another article on another day.

Here are the choices you are asked to make when buying a cooking oil and the meaning behind the words:

The quality of the original raw ingredients (olives, peanuts, and other nuts or seeds) is important in determining the eventual quality of the oil.  As a general rule, organic cooking oils are much preferred to their non-organic counterparts.  Oils are concentrated, so pesticides and other environmental toxins are able to pack more punch in a small amount.

This next choice refers to how the raw ingredient is changed into an oil.

The method used in inexpensive mass-market oils is solvent extraction, however, you will probably never see this advertised on the outside of the bottle—it’s more that if you don’t see “expeller” or “cold” pressed, then you can assume it’s solvent extracted.  This involves a harsh chemical solvent like hexane and heat up to 500 degrees.  The result is a bland tasting oil with very few nutrients remaining.  One website I read described them as “the fat equivalent of white sugar.”  The lone “advantage” to these oils is an unnatural shelf life of 3-4 years.

A much better way to make oils is by expeller pressing.  This is a chemical-free process in which the nut or seed is compressed to force the oil out mechanically.  During the process, friction is generated which can sometimes generate too much heat for some more delicate oils like olive oil.  This is where the term “cold pressed” comes in. All cold pressed oils are actually expeller pressed oils, it’s just that the expeller pressing is done under controlled, cooler temperatures.

Refined oils have been processed to remove impurities, making them more stable, especially for higher-temperature cooking.  However, the process of refining also filters out much of the flavor and nutrients.  Sometimes this is desirable when you need an oil for higher-heat cooking or an oil that won’t have a strong flavor in-and-of itself to take away from the flavor of the meal.  If you do choose a refined oil, be sure to look for naturally refined oils, using lower temperature and natural agents like citric acid, as compared to commercially refined oils using phosphoric acid solvents and temperatures over 500 degrees.  Our preferred refined oil is Coconut Oil.

Unrefined oils are oils that have been express/cold pressed, then bottled, with no extra steps.  These are the oils with strong flavors, more nutrients, but also should not be used in high-heat cooking.  They also have a much shorter shelf life.  Examples of oils that are often unrefined are peanut oil, sesame oil, and macadamia nut oil.  Coconut oil is also available unrefined.

Okay, this is the part that gets very interesting.  This section only applies to Olive Oil, not any of the other oils.  These terms have very specific meanings in relation to olive oil as defined by the International Olive Oil Council (IOOC), an organization based in Spain.  The United States, however, is the only major olive oil producing and consuming country that is not a member of this organization and the USDA does not legally recognized its classification system (i.e. extra-virgin).  Technically, the US still uses a system created in 1948 that lists olive oil grades as “Fancy,” “Choice,” “Standard,” “Substandard.”

I personally did not know this before now, and am pretty surprised!  Technically, until the US adopts the IOOC standard, the term “extra virgin” can be listed on any label of oil, and it doesn’t have to mean anything!  There is talk of the USDA looking into this issue, but in the meantime, you can’t entirely trust what is on the label.

Just in case you are ever shopping for olive oil in another country, the term “extra-virgin” means the same thing as “first cold pressed” and is the best quality of olive oil.  “Virgin” means it may have more acid, but is still pretty tasty and good quality.

Currently in the US, it is only the California Olive Oil Council (COOC) who has enacted standards and labels olive oil appropriately.  In fact, their standards are even higher than those of the IOOC!  I contacted them last week when researching this article and found out that they have filed a petition with the USDA in 2004 to get nationwide standards, and they are still optimistic that it will pass by the end of 2007.

[Since we originally wrote this article in 2007, obviously as lot has changed…and a lot still hasn’t changed!  For updates on new regulations and what that means, please review the following articles: Understanding the New USDA Olive Oil Standards (2010), USDA Grades of Olive Oil, There’s an Olive Oil Scandal (Time.com, 2013)]

In the meantime, when in the US and buying olive oil, pay more attention to “cold-pressed” on the label than to “extra-virgin,” as the first term is more reliable.

That being said, for one we trust that’s organic & cold-pressed & extra-virgin, here’s our favorite organic, cold-pressed olive oil:

For a list of California extra-virgin olive oil producers:  http://www.cooc.com/producers_caproducers.html

Integrating the science of medicine with the art of holistic healing

Send us an Email