An Introduction to Naturopathic Medicine

What is Naturopathic Medicine? 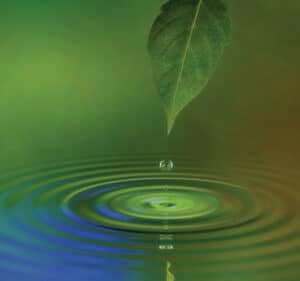 Naturopathic Medicine is a distinct health care profession that blends safe and effective holistic, natural therapies with the latest scientific knowledge of health and medicine.

It combines the best of the alternative medicine and Western healthcare worlds into one integrated whole.

It is a distinctive and unique natural approach to health and healing that recognizes the integrity of the whole person.

The Unique Profession of Naturopathic Doctors

Naturopathic doctors (NDs) like Drs. Eric and Kristina Lewis concentrate on whole-person wellness by identifying and treating the cause of an illness rather than just treating the symptoms.

They see each patient as an individual and develop plans that are custom-tailored to each patient’s needs.

A naturopathic doctor is uniquely qualified to bridge the gap between the alternative health world and the conventional medical world; NDs understand and speak the language of medicine while also embracing the art of natural healing.

Naturopathic medicine is committed to the creation of a healthy world in which humanity may thrive.  It is the health care you may have been searching for but never knew what it was called!

The Six Principles of Naturopathic Medicine

Naturopathic Medicine is based on six underlying principles of healing.

These principles are based on the objective observation of the nature of health and disease and are continually reexamined in light of scientific analysis.

It is these principles that distinguish the profession from other medical approaches.

Education and Training of Naturopathic Doctors

Naturopathic doctors are trained in the same basic science and clinical applications as conventional medical students.

Admissions requirements are comparable to those of conventional medical schools, which require a bachelor’s degree and pre-med courses.

The ND course of study includes approximately 4,500 hours of academic and clinical training. The program leads to a Doctor of Naturopathic Medicine (ND) degree.

During the first two years of naturopathic medical school, naturopathic students are trained in the same basic science and clinical applications as conventional medical students. These studies include anatomy, physiology, biochemistry, pathology, and microbiology.

In the second two years of the program, ND students take courses in conventional medical fields, including cardiology, neurology, gynecology, pediatrics, and dermatology. They are also trained to interpret lab work and understand pharmaceutical medications, specifically focusing on drug/herb/vitamin interactions.

They also receive extensive training in holistic and nontoxic therapies with a strong emphasis on disease prevention and optimizing wellness. These modalities include nutrition, botanical medicine, homeopathy, hydrotherapy, and counseling.

Naturopathic students intern for two years under the close supervision of licensed doctors in a clinical setting. This hands-on application of knowledge with actual patients complements and solidifies classroom learning into practical skills of health and healing.

Both Dr. Eric and Dr. Kristina have passed the NPLEX examinations and qualify for a license in the states that license naturopathic physicians.

In these states, naturopathic doctors are required to graduate from a four-year residential naturopathic medical school and pass an extensive postdoctoral national board examination (NPLEX) to receive a license. Licensed naturopathic physicians must also fulfill state-mandated continuing education requirements annually. In addition, they have a specific scope of practice defined by their state’s law.

North Carolina does not currently have a licensing law. Both Dr. Eric and Dr. Kristina have passed the NPLEX examinations and qualify for a license in the states that license naturopathic physicians. They currently hold licenses to practice naturopathic medicine in Vermont, keeping up with continuing education and other standards until North Carolina develops its own licensing law.

In a state like North Carolina that does not clearly define the practice of naturopathic medicine, there is some confusion between licensable naturopathic physicians, who have a four-year, graduate-level education and who have passed the NPLEX examinations, and traditional naturopaths, many of whom may have only received correspondence or online training. Both use the same initials, ND, as professional identification, making the distinction difficult for the public to identify. It is important to ask where your practitioner went to school and if they took the NPLEX board exam.

It is essential to understand a traditional naturopath has different training than that of a naturopathic physician. We feel that those seeking health care should be able to make an informed distinction between those professionals with similar titles and the same identifying initials. Always check your practitioner’s credentials to ensure you are working with the type of naturopath that suits your preference.

Naturopathic doctors in North Carolina who have graduated from an accredited four-year medical program are actively pursuing licensure for the state of North Carolina. Our goal is to achieve licensure for the state, thereby assuring the public that a person using the title of naturopathic doctor is a graduate from an accredited naturopathic medical program with training as a primary care doctor. This license will not put any other healthcare practitioner out of business. It will help clarify the different titles being used that are often confusing to the public.

If you would like to help in this effort to bring licensure of naturopathic doctors to North Carolina, please contact the North Carolina Association of Naturopathic Physicians (NCANP) or ask either doctor at Lewis Family Natural Health, and we will be happy to provide additional information.

Learn More About What Naturopathic Medicine Can Do For You

We use cookies to ensure that we give you the best possible experience on our website. By continuing to browse this site, you give consent for cookies to be used.OkLearn More